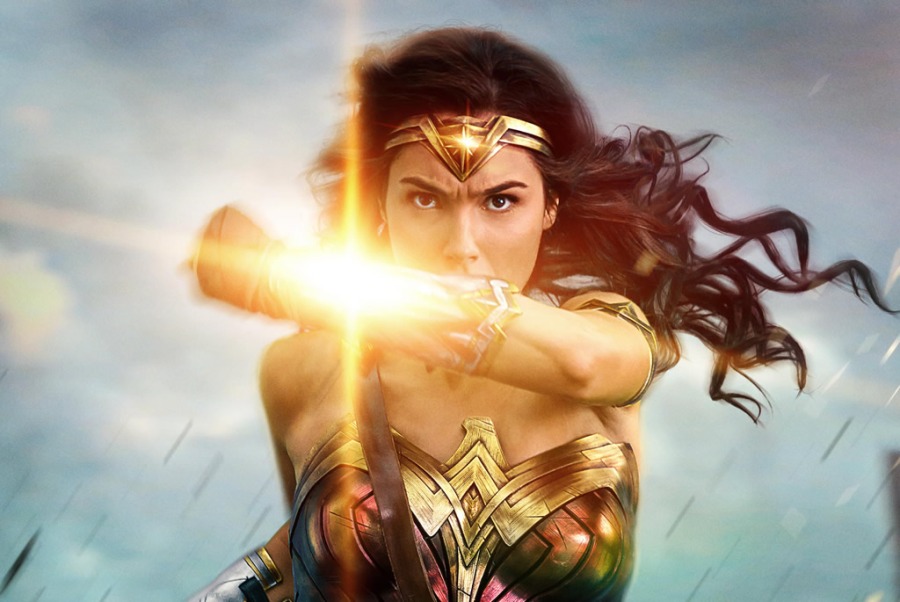 July 1, 2017 Posted in Film Reviews, Uncategorized
In your movie watching life there is a stage that will come to be known as pre-Wonder Woman and post-Wonder Woman. Because after you have lived through these two hours of spectacular film making nothing will quite be the same.
The superhero genre of film is nothing new. In fact, it’s a multi-billion rand juggernaut that has conjured feature films on just about every DC and Marvel comic book superhero ever created. From DC’s Superman and Batman to Marvel’s The Avengers and the ever-sardonic Deadpoolpop culture fans have just about seen it all. But there has always been a gap in the superhero film cosmos. Before now there had never been a feature film focused on a female superhero. But this changed on Friday, 2 June 2017 as Diana Prince, a.k.a Wonder Woman, made her film debut on big screens all around the globe for the first time in 76 years.
Wonder Woman, directed by Patty Jenkins, delivers a richly nuanced character that is full of complexity and emotion the likes of which hasn’t been seen in the cinematic history of superhero films. All too often female superhero characters are cast aside in major motion pictures. Just think of the Avengers’ Black Widow, portrayed by Scarlett Johansson. Besides the serious lack of screen time Natasha Romanoff, a.k.a Black Widow, is an overwhelmingly under-developed character that is more akin to a prop than a self-sufficient member of the team.

But now Wonder Woman is the seminal breakthrough desperately needed for female representation in the superhero genre. It is well overdue and it cannot be underestimated how culturally important Wonder Woman is. The importance and experience that all women and girls will have watching Diana Prince, a fierce and independently strong female character, stand her own, is immeasurable.

The two hours and twenty-one minutes of Wonder Woman is some of the most enjoyable, exhilarating, and empowering I have ever experienced in the superhero genre. I felt like I could take on the world after that experience and that is what makes this spectacular representation of an empowered female character so important. Imagine the impact this film and the exemplification of its character will have on impressionable and idealistic little girls around the world.

As the film’s lead, Gal Gadot is magnificent. Her earnestness leaps off the screen and admits a layered and complex character. The manner in which she portrays the character’s strength and how this strength is subtly tempered with emotion and wonder, no pun intended, is flawless and authentic. And her statuesque beauty is a perfect fit for the Amazonian God that she embodies with a consummate ease.

It’s obvious now that the mantle has been passed and that Wonder Woman is now the main player, the star, of the DC universe.

One thought on “Why Wonder Woman is groundbreaking”