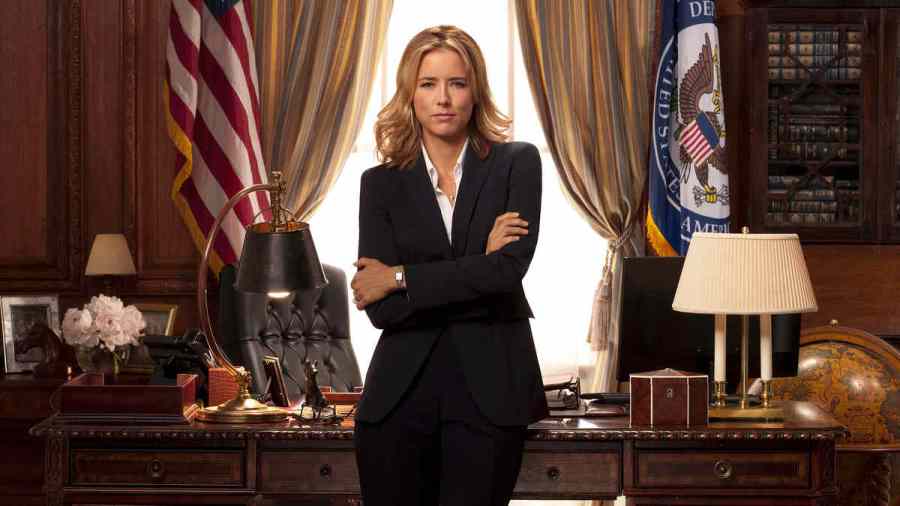 When the first previews for the television series Madam Secretary aired it would have immediately piqued the interest of all political series lovers.

While it first began to air in late 2014 Madam Secretary has wrapped its third season and has been renewed for a fourth. Here was a new politically centric series, created by Judging Amy’s Barbara Hall, swirling around the life of the former CIA analyst and now Secretary of State, Elizabeth McCord. What further commanded attention is the actress portraying the main character – Tea Leoni.

You’d be forgiven for having a few doubts about the casting here. But they’re instantaneously quashed once you experience Leoni as Elizabeth McCord. She brings a sort of toughness to Elizabeth that smolders perfectly at the edge of the viewer’s consciousness without it being the focus of the character. The rest of the cast are no slouches either with Tim Daly (Private Practice) portraying Elizabeth’s husband Dr. Henry McCord, a religious scholar and ethics professor and Bebe Neuwirth (Cheers and Frasier) plays as the Secretary’s austere chief of staff Nadine Tolliver. Željko Ivanek (Damages) excels as the President’s salty chief of staff Russell Jackson.

But here is where the plaudits, unfortunately, end. For Madam Secretary lacks the gravitas for it to be considered a true political drama. Do not be mistaken though as there have been some flashes of real depth and character building moments for Elizabeth, episodes sixteen and seventeen of season one immediately springs to mind. But these moments have been too few and too far between to make Madam Secretary truly spectacular television viewing. In fact, there have been some moments of the narrative that have been so apathetic that they’ve induced the occasional eye-roll.

Too often the meatiest storylines have been concluded and replaced with mundanely written plots that are far too predictable for today’s savvy viewer. What’s more, the writing is often too focused on the plot rather than true character growth. All too often it feels like the story arcs do not serve the overall narrative of the show and this creates the impression that the writers are distracted. We’ve known Elizabeth McCord for three whole seasons now and the truth is that we’ve been given only the merest glimpse as to what makes her tick and what her potential could/would/should be.

So why keep watching then? Madam Secretary is by no means a write-off it simply lacks the meaty writing that would make it great. But still my Tea Leoni- loving heart overrules my brain and I keep tuning in with the simmering hope that the writers will finally write to Ms. Leoni’s considerable talents and to the heights that the character of Elizabeth McCord deserves.